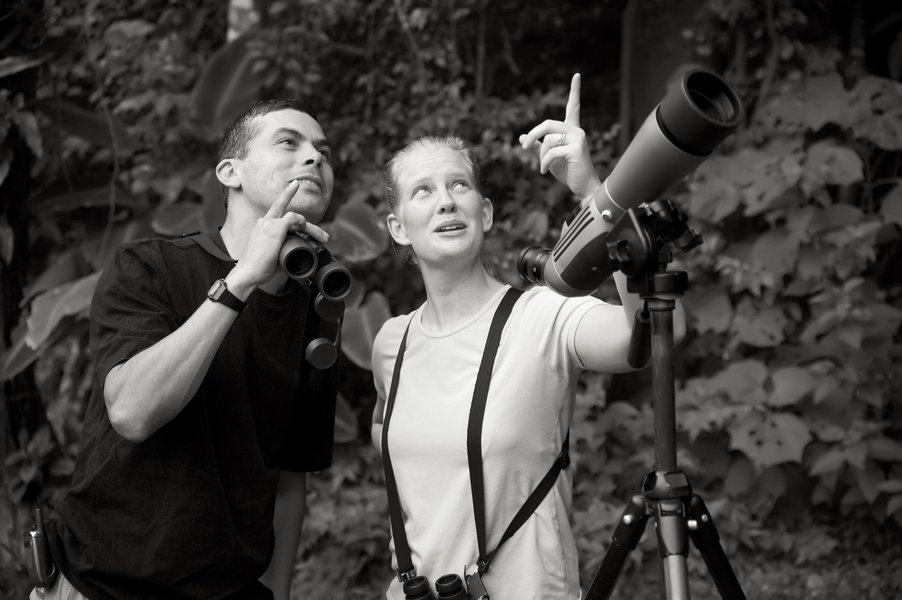 The absolute ultimate in birding luxury safari, Shrike's Luxury Birding & Wildlife Expedition offers the excitement and glamour of the African birding together with a romantic and indulgent game viewing highlighting the most classic and luxurious resorts in all of Tanzania. And local flights from one destination to another serve time and end up having plenty of time to enjoy NATURE. This African expedition is more than just BIRDING... thundering herds, hundreds of bird species on the trees and plains, in the Crater and in savannah woodland. On that rare and unusual occasion, there can be splendor and elegance beyond your wildest imagination.

Welcome to Arusha, Tanzania—the gateway to the treasures of Tanzania. Our friendly Birding Safari Guide accompanies us to Arusha Coffee Lodge—an idyllic escape tucked away in a private verdant. We stay at this beautiful lodge and can take advantage of the many amenities on offer here: swimming in the pool, cozying up to the fireplace or simply enjoying a view of majestic Mt. Meru from our private balcony.

After breakfast depart to Arusha national park for a full-day birding tour and late afternoon drive back to the lodge for dinner and overnight. Arusha National Park consists of three spectacular features: Momela Lakes, Mount Meru (the second-highest mountain in Tanzania at 4560 m.), and Ngurdoto Crater. The vegetation and wildlife vary with the topography, which ranges from forest to swamp.

The park is also famous for its 575 species of birdlife, both migrant and resident. Animals found in the park include elephant, buffalo, giraffe, hippopotamus, hyena, zebra, baboon, and a wide range of antelopes. Guided walking safaris are popular here. Patches of semi-arid acacia along the way may reveal species at the extreme southern edge of their range, such as the statuesque Buff-crested Bustard, the squeaky Pink-breasted Lark, the diminutive Pygmy Batis, and the colorful Somali Golden-breasted Bunting.

Stretching 50km along the base of the rusty-gold 600-meter high Rift Valley escarpment, Lake Manyara is a scenic gem, with a setting extolled by Ernest Hemingway as “the loveliest I had seen in Africa”. The compact game-viewing circuit through Manyara offers a virtual microcosm of the Tanzanian safari experience. Large buffalo, Tree climbing lions, elephants, wildebeest and zebra herds congregate on these grassy plains, as do giraffes, some so dark that they appear to be black from a distance.

Over 400 species of birds have been spotted, lesser flamingos, storks, cormorants, greater flamingos, egrets, and geese. The unusual groundwater forest at Manyara holds Ashy Flycatcher, Mountain Wagtail, Tambourine Dove and often other species of interest. Our professional birding guide is always delighted to share with you lots of behind the scene ideas, how was the Great Rift Valley was formed and much much more..!

Today we descend 2,000 feet into this ancient collapsed volcano, passing lush rainforest and thick vegetation, and then we see it: the largest concentration of animals in Africa. A variety of environments—grassland, swamps, forests, and lakes—yield a staggering variety of animals: lions, zebras, buffaloes, rhinos, elephants, gazelles and wildebeests just to name a few. And because the grasses are short, it is infinitely easy to spot the remarkable creatures here…each turn of the head brings an exciting new vista.

Birds also abound, from diminutive Pectoral-patch Cisticolas to Ostrich. The swamps attract a variety of waterfowl, including the curious Cape Wigeon, and a ribbon of soda-loving Lesser Flamingoes paint a swath of vivid rose around the central lake. White and Abdim’s Storks scour the grassland for grasshoppers, Montagu’s and Pallid Harriers hunt for small birds, and every corner holds something of interest. After a picnic lunch, we ascend the crater walls into the forest around the rim, looking out for the silky-crested Schalow’s Turaco, regally dressed Golden-winged Sunbird and inquisitive-looking Montane White-eye.

We return to The Highlands in time for evening cocktails and to recall the dizzying array of wildlife we saw that day.

This morning we fly to the legendary Serengeti. Birds in this area and around our tented camp should be plentiful. Bright little Purple Grenadiers, cordon bleu, and White-bellied Canaries peck seeds from the ground, while Golden-breasted and Cinnamon-breasted buntings sing their exuberant songs from the tops of stunted acacias along hillside slopes. Shrikes abound—Magpie Shrikes, various fiscal shrikes, Brown-crowned Tchagras, and migrant Red-backed and Isabelline shrikes. Brightly colored Superb and Hildebrandt’s starlings are commonplace, as are Wattled Starlings, Red-billed and Yellow-billed oxpeckers, Red-billed Buffalo-Weavers, dull little Swahili Sparrows, and Grayish Flycatcher. Raptors are a constant sight in the skies and this area is particularly fine for them. We have excellent chances of encountering anything from the huge Martial Eagle to the tiny Pygmy Falcon, including snake-eagles, the iconic and striking Bateleur, Long-crested Eagle, wintering groups of Montagu’s and Pallid Harriers, and Lesser Kestrels.

We awake, and piping hot coffee is already waiting for us. We may wish to take one last game viewing and explore more the Serengeti before returning to the camp for a sumptuous breakfast.

Early morning is the best time for game viewing as most of the killings take place around this time. Our professional guide is always happy to share with you lots of hidden secrets in the Serengeti, why Serengeti shall never die, how Darwin's theory, the survival of the fittest applies in the Serengeti and much much more...

Rubondo Island | Birding along the Shore of Lake Victoria

Today we take a short scenic flight to Rubondo Island. Continue with birdwatching as planned, walking along the shore of the world’s second-largest freshwater lake, its natural grass stretch to the water’s edge and its exotic trees are a haven for birds— 369 species of them including African Fish Eagle! With renowned hospitality, delightful hosts and indulgent accommo- dations, Rubondo Island​ is divine. Boat riding and romance resides in breathtaking sunsets over the lake, moonlit dinners on the jetty and can- dlelit champagne along the shore of Lake Victoria. Get settled in your waterfront chalet, beds dramatically draped in sheer white netting, offer splendid views from verandas facing the sweep of the lawn to the lake beyond.

We awaken to a chorus of birdsong. Stately fish eagles, iridescent sunbirds, and swift kingfishers start our day, enjoyed the fare-well meal at Rubondo Island Camp and continued to the airport to board your local flight to either Kilimanjaro International airport or Jomo Kenyatta International airport and connect with your flight back home. What an African trip! 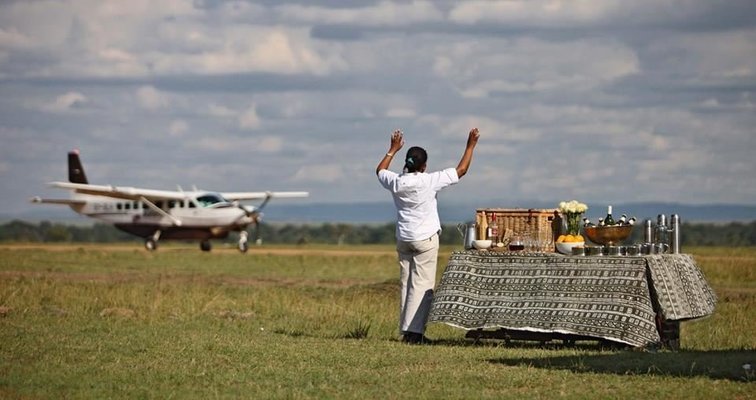 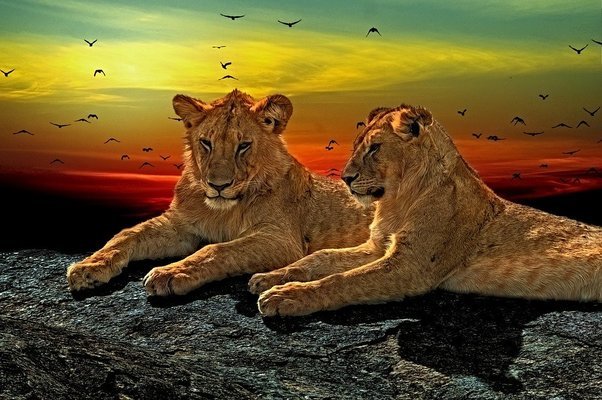 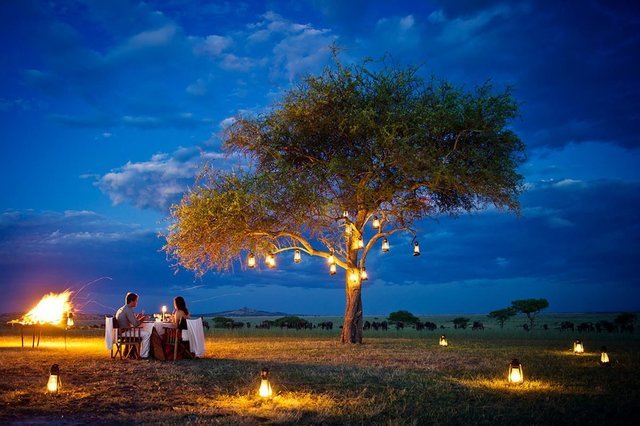